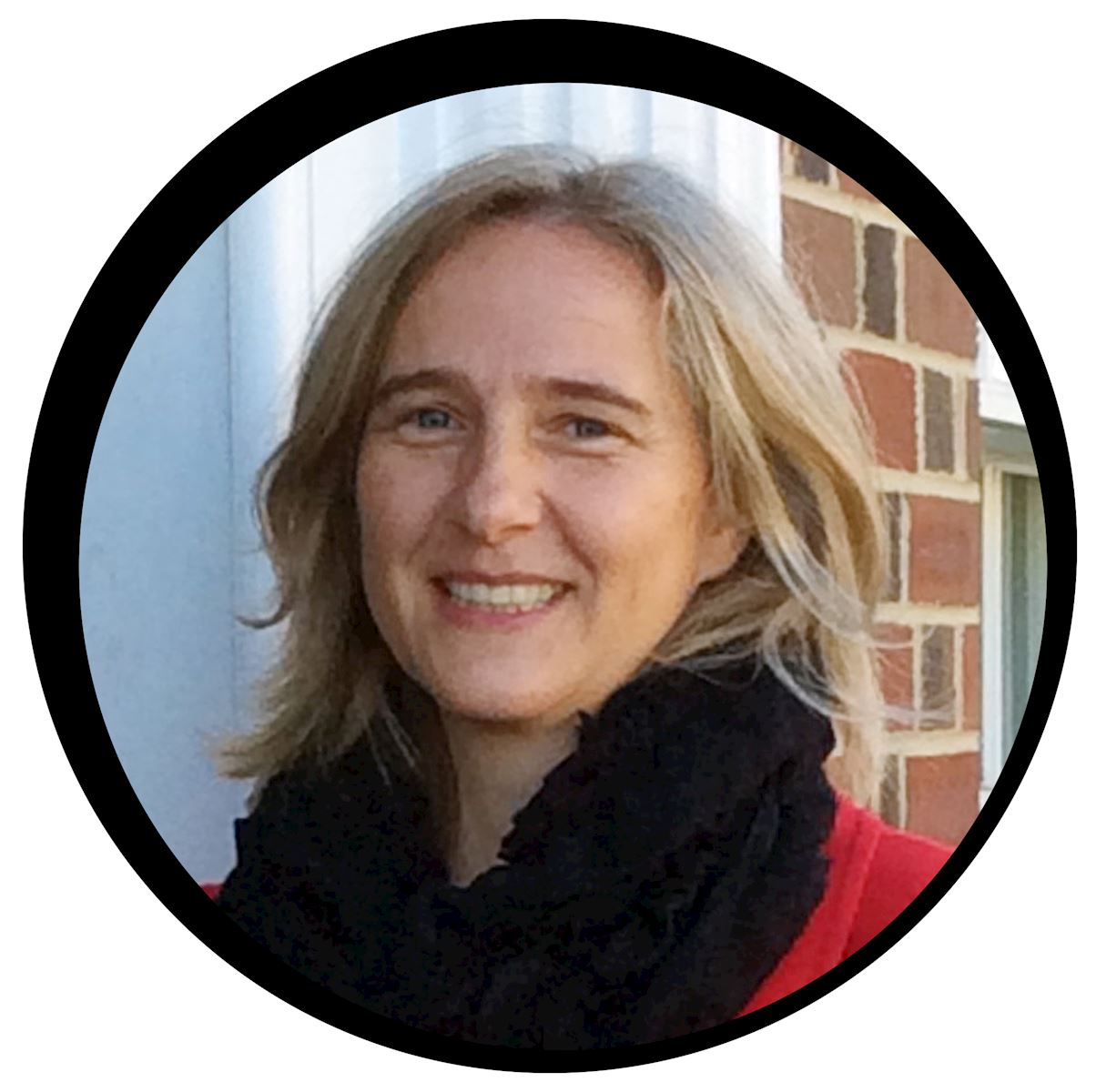 Marion Brunken, Executive Director
Marion, a native of Germany and a social worker by trade, has been involved in the Washington, D.C. non-profit arena for over 17 years, working with communities, nonprofit and government agencies, and volunteers. As the Executive Director, at Volunteer Alexandria, she works with local municipal and community leaders to connect needs and people to further enhance the lives of Alexandria residents, visitors and businesses. Marion has served in this role since 2012 during which time she has significantly moved the organization forward to expand programs and increase visibility in the community.

Prior to her service at Volunteer Alexandria, Marion served for eight years as the Employee Engagement Manager at Freddie Mac where she created and oversaw volunteer opportunities in the Washington, D.C. metropolitan area for over 5,000 employees. During one of her Habitat for Humanity projects she created, she had the pleasure of working with President Jimmy Carter and his wife Rosalynn. In 2005, she received Freddie Mac’s Premium Achievement Award for her leadership in engaging employees in volunteering.

Marion began her career in volunteer service management as the Special Events Coordinator with the DC volunteer center, Greater DC Cares, from 1998 to 2002. She was responsible for creating service projects for 3,000 volunteers performing community service at more than 70 schools, and nonprofit and City agencies, and for creating an event for the Martin Luther King, Jr. Day of Service in 2001 involving community leaders within the City, as well as local government. During this event, she had the pleasure of working with President Bill Clinton.

She followed as Operations Manager from 2002 to 2004 at Volunteer Alexandria (then called the Alexandria Volunteer Bureau).

Marion is a graduate of Leadership Alexandria’s first class (2004) and has served as a Virginia Volunteer since 2009 for CASA (Court Appointed Special Advocates). Currently, she serves on several community committees including, the Alexandria Council for Human Service Organizations (ACHSO), Partnership for a Healthier Alexandria, the Alexandria LGBTQ+ Task Force, and the Program SubCcommitee for the Points of Light Foundation.

In her spare time, she likes to spend time with her wife Susan, her friends, travel, ride her motorcycle, garden and read books. 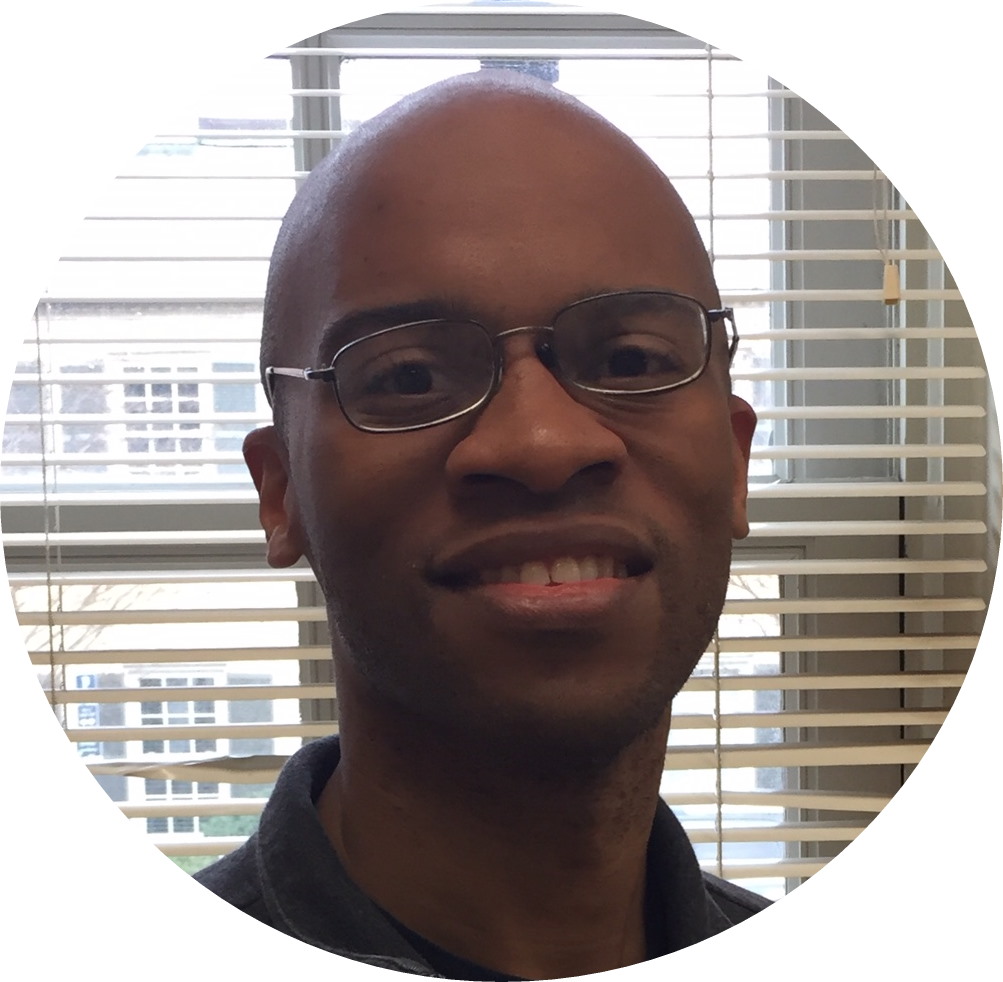 Cordell Fields, Volunteer and Database Coordinator
Cordell joined Volunteer Alexandria in December 2019. He is responsible for managing and maintaining the volunteer database, creating and implementing programming, training volunteers, and conducting community engagement.
Prior to joining Volunteer Alexandria, Cordell managed logistics and operations for a residential summer STEM program, served as a Youth Employment Counselor with Alexandria’s Department of Community & Health Services, and coordinated workforce development and youth programs for a parks-based non-profit. He also worked several years at the Mayor’s Youth Leadership Institute as a program aide and Internship Coordinator.
When he’s not working, he likes to try new restaurants, deeply ponder our current state of affairs, contemplate whether a second Cinnabon is worth it, and visit baseball stadiums around the country. Cordell graduated from George Mason University with a degree in Public Administration.
Contact Cordell at BWI@volunteeralexandria.org. Return to top. 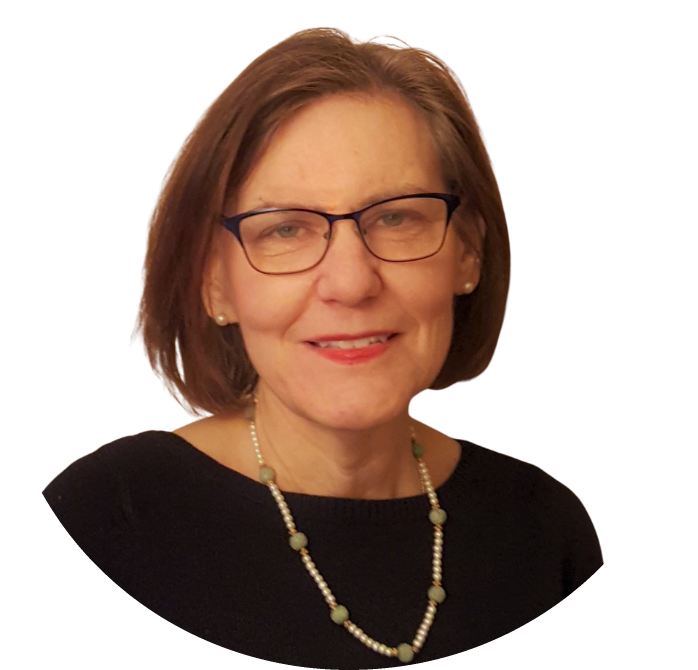 After picking up a volunteer opportunities flyer at an outdoor event, Theresa began doing social media for Volunteer Alexandria in September 2017. She thought it sounded like a good way to give back using her experience as a marketer for mission-driven organizations. More than four years later, she continues to be amazed at the positive power of social media.

Her favorite social media posts are the Volunteer Shout Outs which show the tremendous generosity of our community and the difference that one person can make. She credits her work with Volunteer Alexandria for helping her keep a healthy outlook on life, i.e., staying sane, while quarantining with her family during COVID.

A native of the DMV, Theresa puts an “r” in Washington, a “e” in Maryland, and her heart in Virginia. She enjoys Swings coffee, the Kennedy Center Millenium Stage, and fireworks, especially at the Alexandria Birthday Party. She lives with her husband, daughter, and a cat who likes to help with the social media posts.

Theresa donates 90% of her time to Volunteer Alexandria and we couldn't do what we do without her commitment, energy, skills, talents, and time she spends with us. 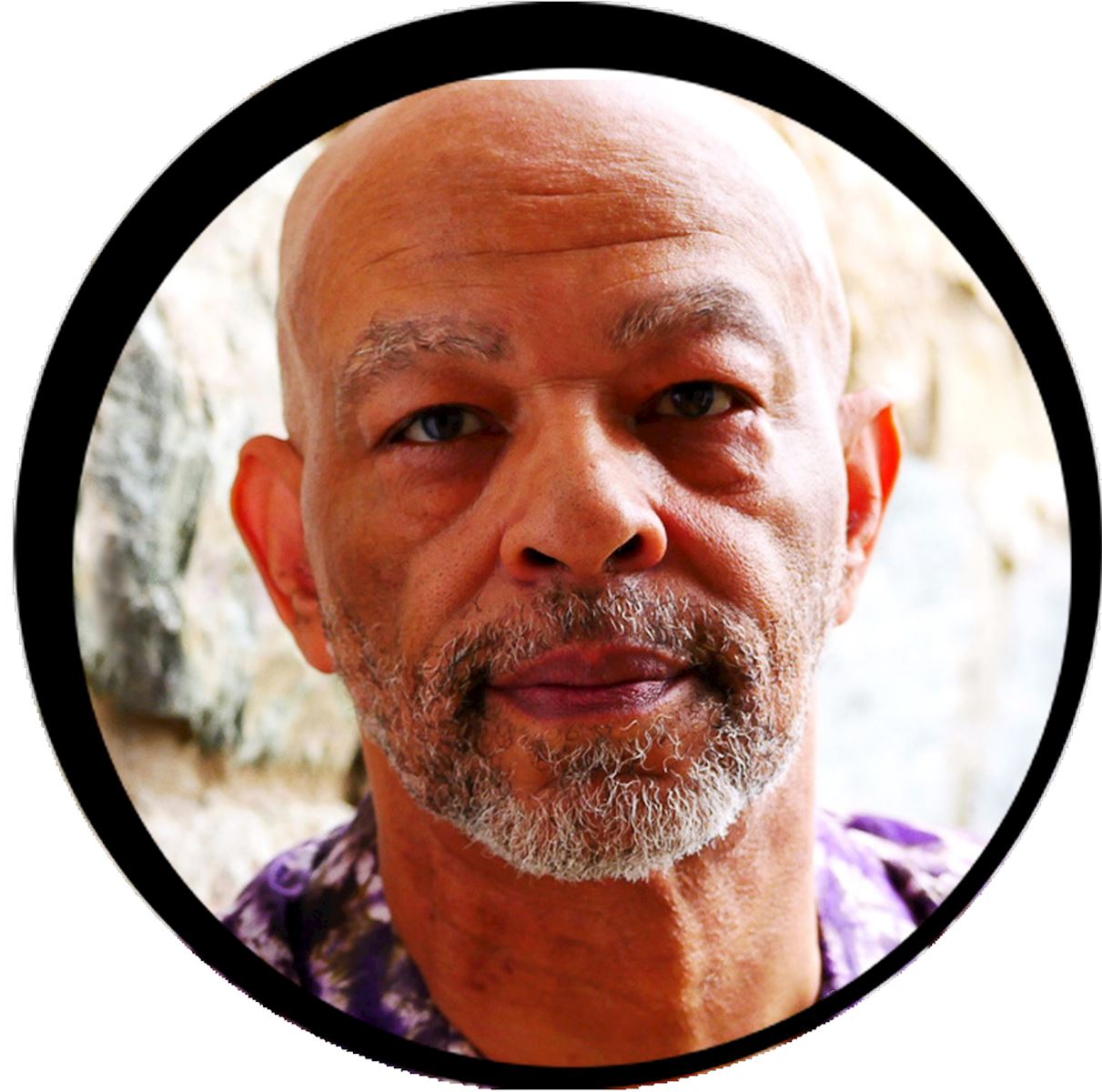 Muata Jordan Langley, Alternative Community Service
Muata enjoys good robust coffee and classical jazz. Over recent years travel has ignited his spirit to … explore, dream and discover ... people, cultures and places around the globe.  Wife, Mpande, and Muata moved to the metro-DC area from “The Nutmeg State” (Connecticut), exactly one week before 9/11.

Muata is a seasoned human service practitioner with a passion for people-centric service. His career began as  protégé to youth development specialist William T. Harper who hired him to manage New Haven’s first runaway youth, women and family shelter. Experienced with startups, later he launched the Governor’s Connecticut Mentoring Partnership, the Youth in Service Ambassadors AmeriCorps public safety program, and the Norwalk-Kiwanis Emergency Shelter. His motto, “Always leave things better than you inherit them,”  focused him professionally as he transformed community-based programs and initiatives to make them better. While branch director of the Red Cross he increased volunteer enrollment to record numbers. Under his leadership the AmeriCorps program became a national model. Further, Muata facilitated community education campaigns for HIV/AIDS, substance abuse treatment and prevention, youth mentoring and served as director of programs helping ex-offenders and their families rebuild their lives at OAR of Fairfax.

In 2013, Muata founded npo360 solutions and peopleslensfoto to help nonprofits adopt innovative thinking, performance measurement standards and outcomes in order to increase their performance, accountability and success. Studying at Baruch College (CUNY) he earned a graduate degree in public administration and National Urban Fellow honors. He pursued a BS in human services from New Hampshire College. Today, education continues for Muata. He is a masters candidate in the Nonprofit and Association Management program at the University of Maryland. 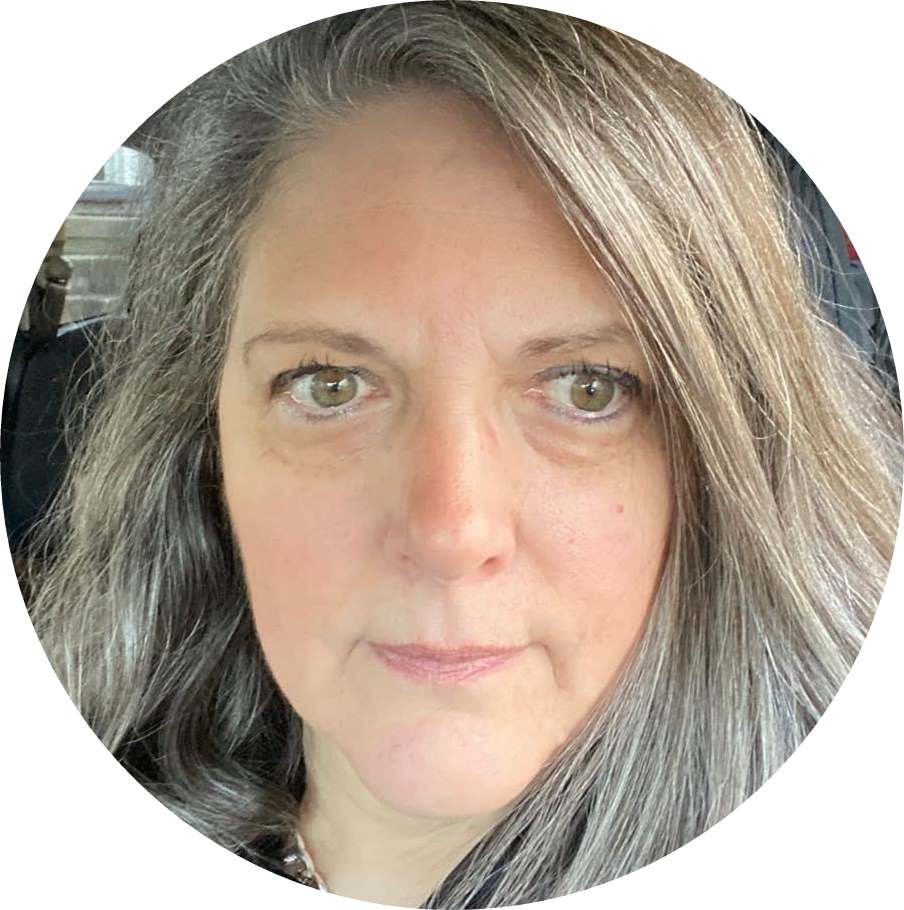 Diana is a native Washingtonian who has lived in the City of Alexandria for more than 55 years. She has more than 20 years experience as a professional freelance writer, communications strategist, commentator, and editor; as well as a communications consultant and content manager for various agencies in the federal government, currently the Department of State.

Diana is an involved resident of the City of Alexandria, supporting local organizations, especially those dedicated to literacy, social justice, women’s rights, and democracy. She came to VolALX in 2021 is our editor for the newsletter, letters, and website. Return to top 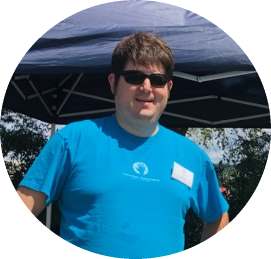 Ian is a life-long Washingtonian. He previously worked as a sheltering expert for the American Red Cross (ARC) in the National Capital Region, inspecting over 100 possible shelter sites in the DMV including Mega Shelters and wrote response plans for each of them.

He later transitioned to a disaster response role and became the Disaster Service Coordinator of Fairfax Country, leading ARC disaster volunteers as they prepared for and responded to local disasters. When the National Capital Region merged with the Arlington County and the City of Alexandria chapters, Ian took over Disaster Response for all three jurisdictions for two years before joining Volunteer Alexandria as an Emergency Preparedness Manager where he became an Until Help Arrives (UHA) trainer and has presented UHA to over 500 people.

He has a degree in Justice, Law & Society, and enjoys hiking and camping. Return to top